THE LOGICIAN (THE ZINOVIEV’S CASE). FOLDER 46. THE CHEKIST ANTHOLOGY.

In this short entry, Mitrokhin claims that the Fifth Chief Directorate of the KGB handled the case of Alexander Zinoviev. Zinoviev was an author of anti-soviet books, including “Yawning Heights” and “Bright Future.” Mitrokhin states that Zinoviev was stripped of his Doctorate of Philosophy and also expelled from the Communist Party of the Soviet Union for his anti-socialist publications. His KGB code-name was “Logician.” In November, 1978 the KGB residency in Bonn was ordered to monitor Zinoviev’s activities after he immigrated there. 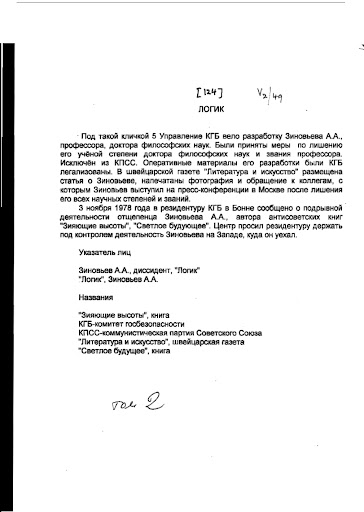 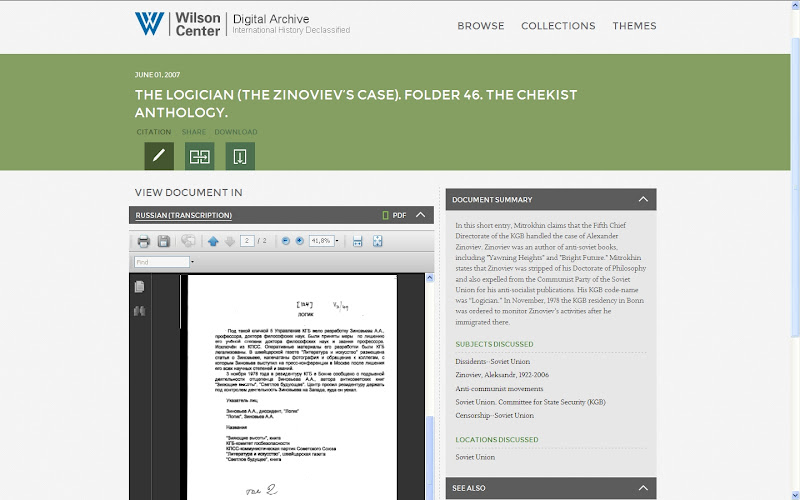 The Mitrokhin Archive consists of summarized notes taken by Vasili Nikitich Mitrokhin, a former KGB archivist who defected to the United Kingdom after the fall of the Soviet Union. Primarily, this collection contains items from his “Chekist Anthology,” which covers activities of the secret Soviet organization Cheka in places such as Czechoslovakia, Afghanistan, and Egypt. For more context, please read the “Note on Sources” and biography of Mitrokhin below, all of which should be read before any other documents. 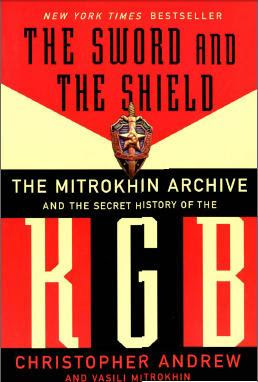