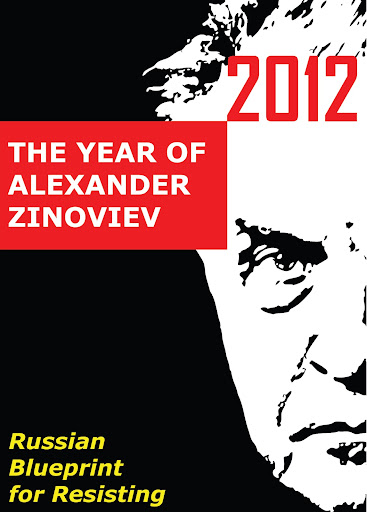 In 2012 the whole thinking world is celebrating the 90th anniversary of the birth of Alexander Alexandrovich Zinoviev – logician, philosopher, sociologist, writer, ideologist, outstanding citizen of Russia.

The world is discovering for itself the phenomenon that is Alexander Zinoviev, Renaissance man, one of the most alluring, intriguing individuals of the 20th and beginning of the 21st Centuries, a hero of our time, while being a man ahead of his time…

Alexander Zinoviev is the first theoretician of humankind in its era of global awakening. He devoted his whole life to the study of the intellectual, social and civic awakening of humanity, and of its principal driving force: reason. His legacy focuses on the preservation and development of the “comprehension factor”, which allows the individual to comprehend mankind’s social existence and helps him to survive in the world of today as an independent and free-thinking human being. After all, only “man ignites the flame of reason and there is no substitute for this miracle”.

The life of Alexander Zinoviev offers a Russian blueprint for resisting social entropy and ideological manipulation, the global dumbing down of people’s minds, obscurantism, superimposed choice, an absence of any alternative and the manipulation of history. It is the path of resistance to the planned global control of the human evolutionary process.

His creed is the pursuit of truth, whatever the cost. His formula is service to the truth. His standard is the acme of intellectual ratiocination. His world is the sphere of society, to a study of whose laws he devoted himself wholeheartedly. His heroic feat was to throw down the gauntlet to an all-powerful Leviathan. His fate was the tragedy of a Russian genius and prophet who was banished from his Fatherland. His epoch is the great turning point in humankind’s evolutionary process. His intellectual tradition of teaching people to think in a new way is his uncompromising search for a social and civilised alternative evolutionary path in today’s world. According to his fundamental law it is only possible to remain human by going against the current.

Zinoviev’s path is that of a New Man whose moral code is grounded in the following values:

The official booklet of The Year of Alexander Zinoviev 2012