Two major articles about Alexander Zinoviev by Daniela Steila (University of Turin, Italy) “The Individual and the Problem of Responsibility: Merab Mamardashvili and Alexander Zinoviev” and Abdusalam A. Guseynov (Institute of Philosophy, RAS Moscow, Russia) “Alexander Zinoviev’s Teaching on Life”, have been published in the new book “Philosophical Thought in Russia in the Second Half of the Twentieth Century. A Contemporary View from Russia and Abroad” (Bloomsbury Academic, January 2019, ISBN-13: 978-1350040588, ISBN-10: 1350040584), editors: Marina F. Bykova, Vladislav Lektorsky. Both articles may be found in part VI: “Philosopical anthropology”.

Philosophical Thought in Russia in the Second Half of the 20th Century is the first book of its kind that offers a systematic overview of an often misrepresented period in Russia’s philosophy. Focusing on philosophical ideas produced during the late 1950s – early 1990s, it reconstructs the development of genuine philosophical thought in the Soviet period and introduces those non-dogmatic Russian thinkers who saw in philosophy a means of reforming social and intellectual life.

Covering such areas of philosophical inquiry as philosophy of science, philosophical anthropology, the history of philosophy, activity approach as well as communication and dialogue studies, the volume presents and thoroughly discusses central topics and concepts developed by Soviet thinkers in that particular fields. Written by a team of internationally recognized scholars from Russia and abroad, it examines the work of well-known Soviet philosophers (such as Mikhail Bakhtin, Evald Ilyenkov and Merab Mamardashvili) as well as those important figures (such as Vladimir Bibler, Alexander Zinoviev, Yury Lotman, Georgy Shchedrovitsky, Genrich Batishchev, Sergey Rubinstein, and others) who have often been overlooked. By introducing and examining original philosophical ideas that evolved in the Soviet period, the book confirms that not all Soviet philosophy was dogmatic and tied to orthodox Marxism and the ideology of Marxism-Leninism. It shows Russian philosophical development of the Soviet period in a new light, as a philosophy defined by a genuine discourse of exploration and intellectual progress, rather than stagnation and dogmatism.

In addition to providing the historical and cultural background that explains the development of the 20th-century Russian philosophy, the book also puts the discussed ideas and theories in the context of contemporary philosophical discussions showing their relevance to nowadays debates in Western philosophy. With short biographies of key thinkers, an extensive current bibliography and a detailed chronology of Soviet philosophy, this research resource provides a new understanding of the Soviet period and its intellectual legacy 100 years after the Russian Revolution. 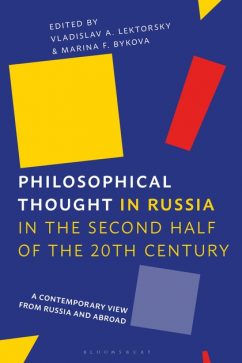 «Now I Will Cause the World to Overturn. And I don’t need a Stand» By Alexander Zinoviev

From Mikhail Bakhtin to Alexander Zinoviev, discover the Soviet philosopher and thinkers you should be reading

Alexander Zinoviev and The Cambridge history of Russian literature